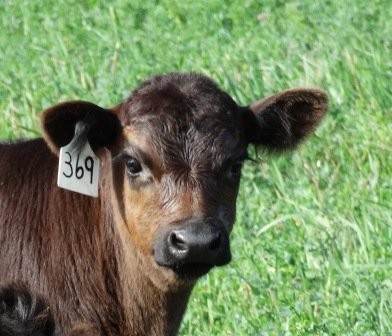 Chris Knight at Clear Creek Farms in Highgate, Ontario, is passionate about switching from conventional to organic farming, from free grazing without controls to controlled rotational grazing. 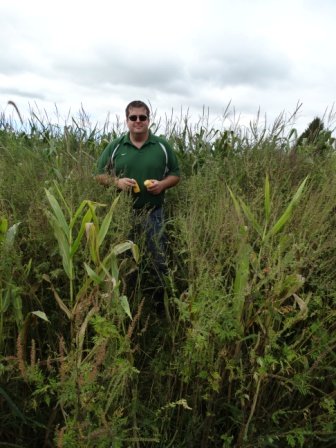 Chris moves his Black Angus cattle from one contained paddock to another, every day. Constantly in motion, their hooves aerate the soil.  By not using parasitic control on his animals, the microbes in the earth continue to break down and create more soil material. This rotational grazing mimics the buffalo of years ago that returned to certain areas to graze. Predators forced the buffalo to graze in herds to protect themselves. When the grass supply was depleted the buffalo moved on. In their absence, the grasses flourished because of their natural fertilization and aeration. When the buffalo returned to the site, new grass was available. 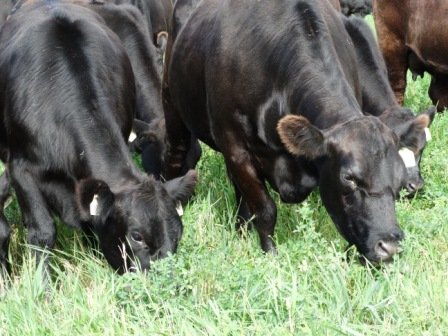 Smart cows wrap their tongues around the top six inches of grass, pull, swallow, and move on.  They know that the top six inches are the most nutritional portion of the plant. The sugar content is higher because the tops of the grass blades  benefit from more sun. 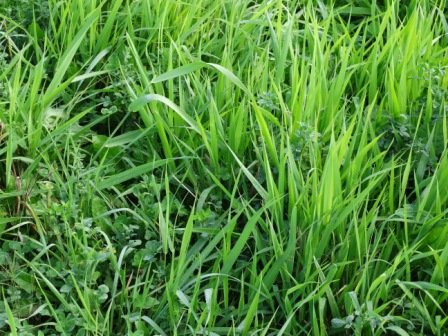 By rotational grazing, Chris is able to increase his pasture productivity by about 300 per cent over what would be  harvested by conventional methods on the same amount of land. 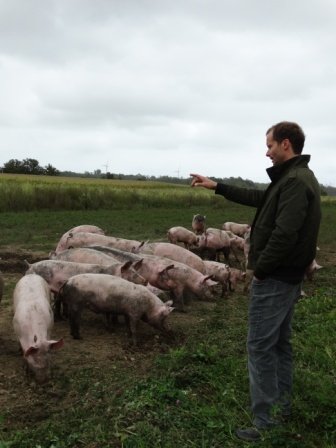 Rock Geluk and his wife Stephanie raise free range pigs on their mixed organic Gelro Farm, in Ridgetown, Ontario. His Pietrain breed of pigs are not camera shy. 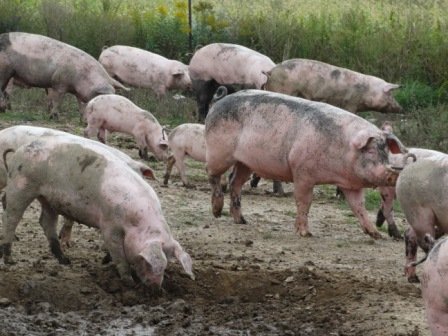 The pigs roam freely, rooting for tasty tidbits. Unlike cattle, they eat every last part of a blade of grass before Rock moves them to another field. 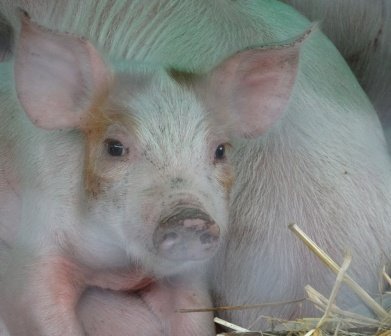 Gelro Farm is a farrow to finish operation which means the animals are happy from day one. Doing what pigs do.