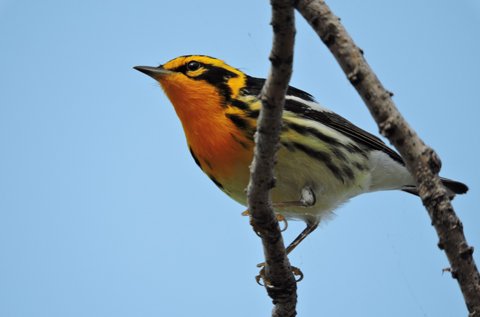 Canada’s southernmost inhabited island is located in Lake Erie, south of Windsor, Ontario, and Detroit, Michigan. The options for getting there are ferry, plane and boat. The island is just the right size that if you get chatting with someone on the hour-and-a-half-long ferry ride you are apt to run into them again on the island. Probably more than once. The island’s uniqueness, the varied list of things to do while there, the food, and the accommodations are reasons to stay on Pelee Island overnight.

On a latitude similar to northern California and the wine growing regions of Europe, not only is the island ideal for growing grapes, it is on a flyway for migrating birds and it provides a rare habitat for plants and animals that exist nowhere else in the world. 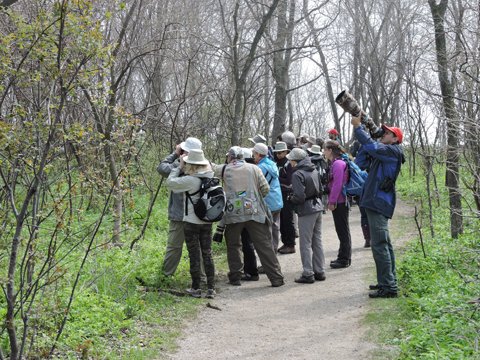 From early spring to late fall the year-round population of 150 swells to include birdwatchers, bikers and butterfly enthusiasts. Boaters tie up at the docks and wine lovers wander the vineyards at Pelee Island Winery. Once a year, hunters from the mainland flock to Pelee Island in Windsor Essex County for the annual pheasant hunt. On the days when the farm-fed pheasants are turned loose, school children are kept indoors.

The island is not commercialized. Once there, it is up to the visitor to seek out things to do. 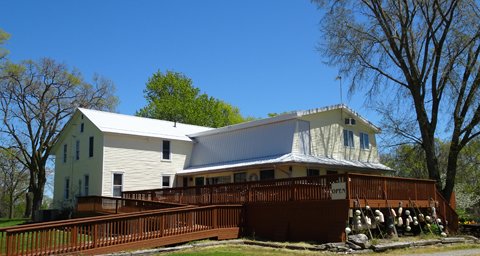 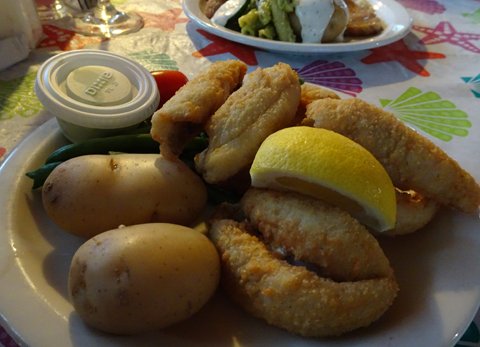 We arrived on a Saturday night and drove directly along the lakeshore road to The Anchor and Wheel Inn for a meal of locally caught Lake Erie Yellow Perch. 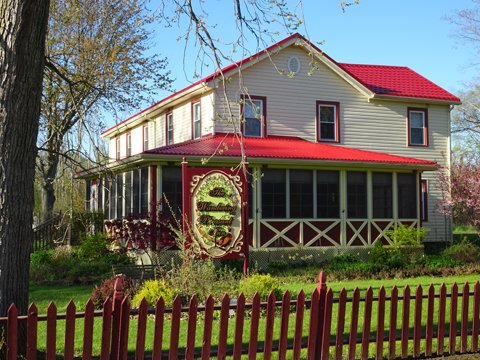 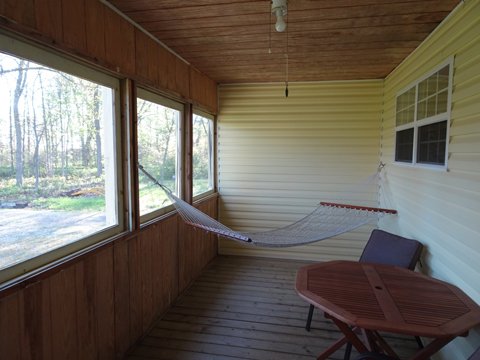 We stayed at The Wandering Pheasant where a hammock hung outside our door in a screened in porch. 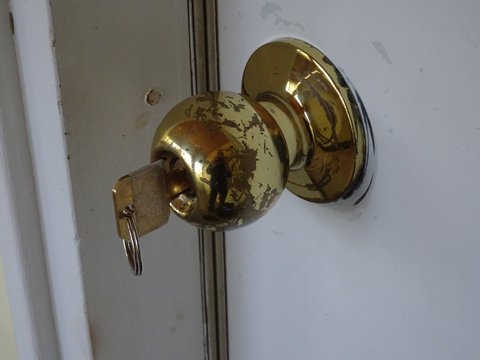 We felt so secure we left our key in the door overnight. 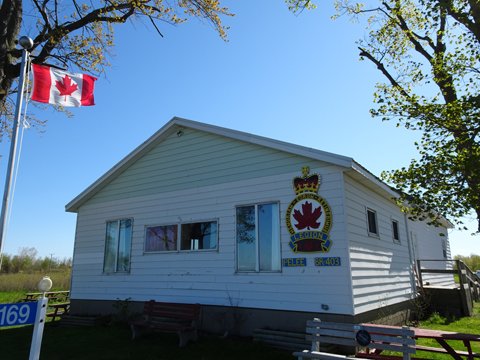 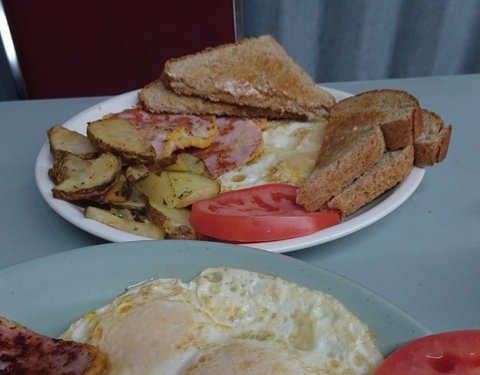 On Sunday morning we followed aromas of sausage and bacon across the parking lot of the Royal Canadian Legion Pelee Branch 403 to join the regulars for breakfast of real Canadian bacon and eggs. 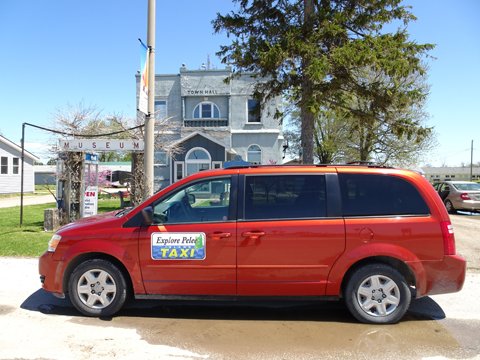 We took a tour of the island with Explore Pelee so that in our short time there we wouldn’t miss anything. 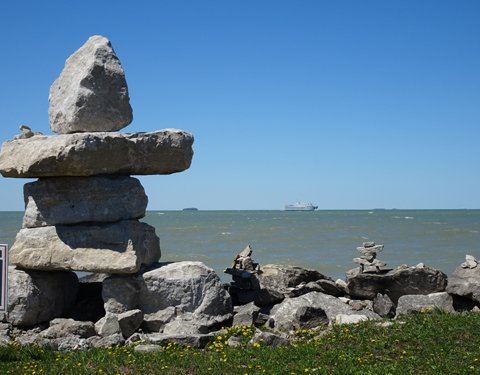 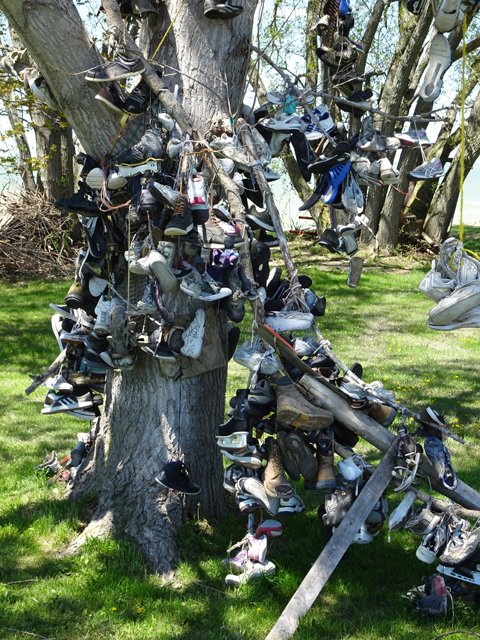 Circling the island in a van with our guide, David, we stopped at the Stoneman and the Shoe Tree. The former was created as a testament to island perseverance and the latter to amuse tourists. One year, during the Running Flat Marathon, a runner who had arrived on the island without the proper shoes borrowed a pair from the tree. 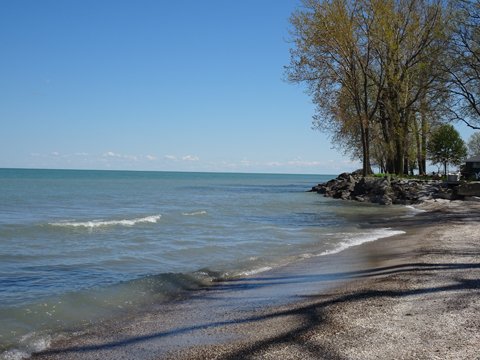 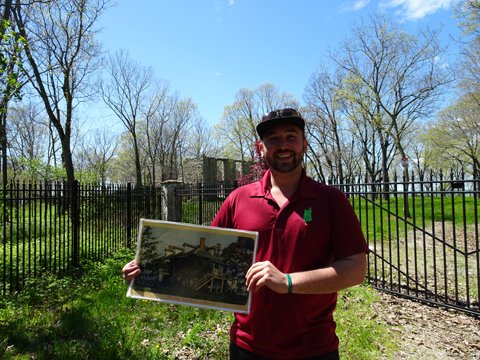 In addition to telling us the history of the island and taking us to the lighthouse and beaches, at Vin Villa, the ruins of Canada’s first commercial winery, David proudly and perfectly recited a 13-stanza poem about an island legend, without missing a word. 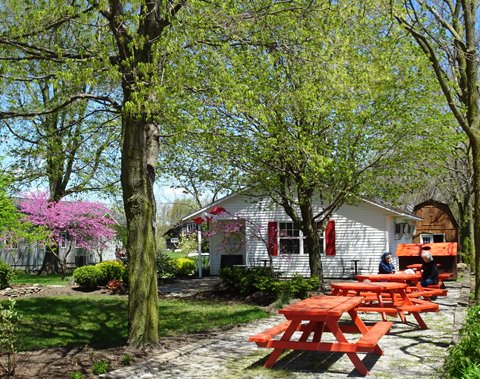 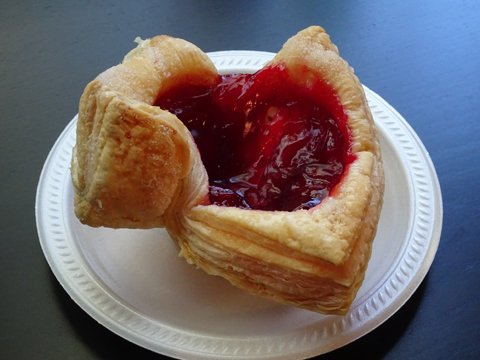 We had a light lunch at Conorlee’s Bakery and Delicatessen with Cherry Cheesecake Popovers – butter glazed puff pastry with sweet cream cheese. People stop in at Connorlee’s not only for a homemade bite to eat, but the latest island news. 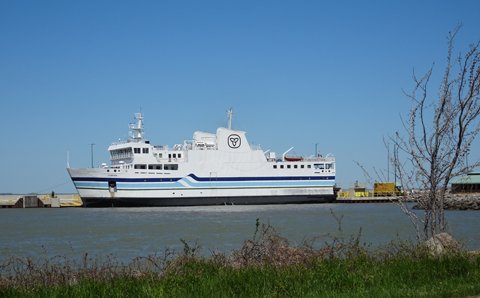 In just 24 hours we managed to touch in with the Pelee Island uniqueness, the accommodations, food, and what to do while on the island. It was suddenly time to catch the ferry back to the mainland but, amazingly, the Pelee Island experience continued when we realized that at least half the people we crossed paths with on the island were on the ferry.