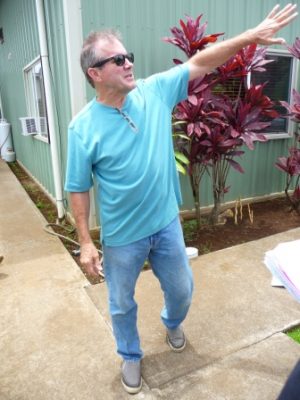 When Janice and Bob Stranga were ready for career changes, they wanted to be involved in the changing agricultural scene in Hawaii. Janice was an interior designer, Bob a helicopter pilot.

“I had fun flying but there’s no more fun than this,” Bob says. Proud as he is that their Hamakua Mushrooms made it to the White House for President Obama’s inaugural dinner, Bob Stranga is the kind of guy that can be found anytime, anywhere, on his hands and knees under a shrub investigating a new mushroom. 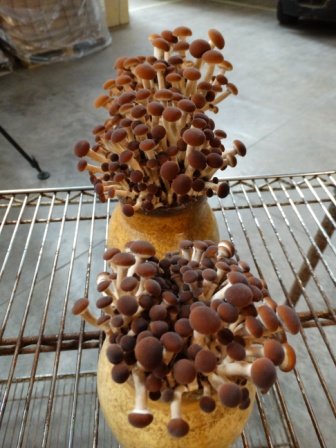 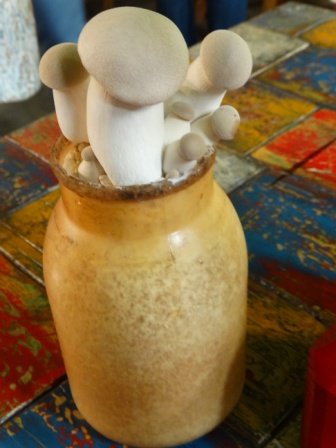 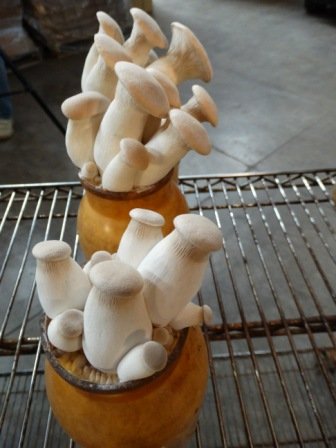 The recipe for homemade substrata used to feed the mushroom spawn consists of sawdust, corncob, wheat bran, and water. The substrata and spawn transform from a mixture smelling like bread baking in the oven, to, at the final stage, a bouquet of fungal blossoms hand-lifted out of a bottle. 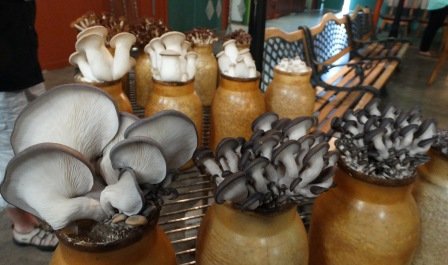 Mushroom bouquets are popular with restaurants and grocery stores because they do not dehydrate as quickly as individual mushrooms. 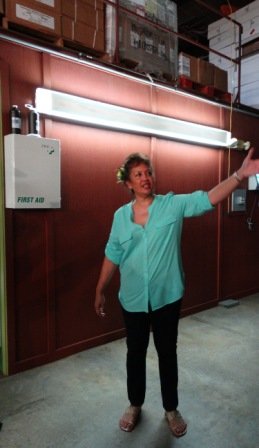 Lani Medina Weigert works with Janice and Bob to organize “agtours” so that consumers visit the farm to learn about mushrooms. Lani develops relationships with chefs and other farmers in order to produce value added products such as mushroom cookies, seasonings, chips, and mushroom-shaped chocolates. 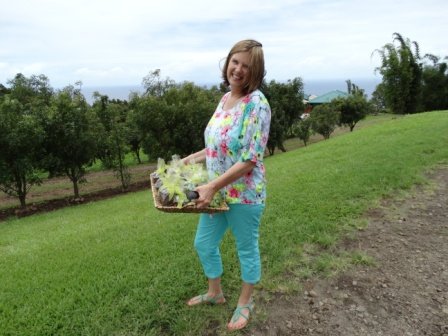 Janice presents mushrooms in every way possible on the menu at the micro suite she has created for farm guests. 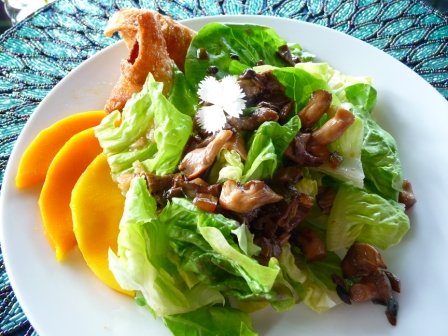 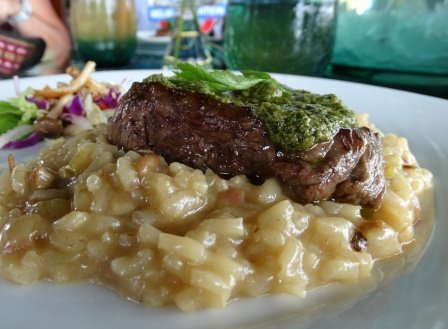 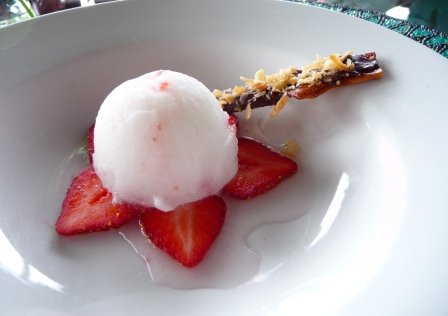