Judging at the World Food Championships 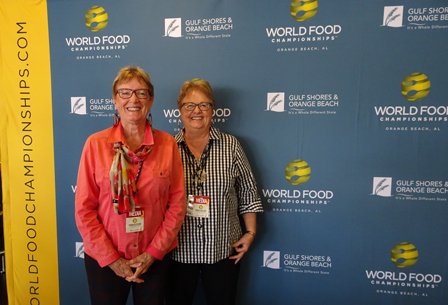 When we were invited to be judges at the World Food Championships (WFC) at The Wharf in Gulf Shores/Orange Beach, Alabama, we jumped into the RV and headed south.

In order to be qualified as WFC judges at the annual, fast-paced food competition we attended an EAT Methodology seminar. In accordance with the EAT Methodology, all the WFC categories (bacon, barbecue, burger, chili, dessert, sandwich, seafood, steak, and recipe) are judged on the same criteria: Execution, Appearance, and Taste. Each entry is judged individually, not to be compared to other entries. 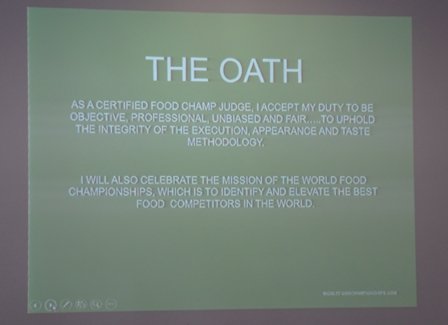 Judging must be conducted according to World Food Championship standards because the stakes are high for the competitors. Chefs, home cooks, and backyard grillers put in hours of preparation and practice long before they actually compete to win the $10,000 prize in their category and, if successful, advance to the final competition between all category winners to win $100,000.

In November, 2016, there were 430 teams competing from 14 countries including South Africa, the Philippines, Tanzania, Britain, and Canada. 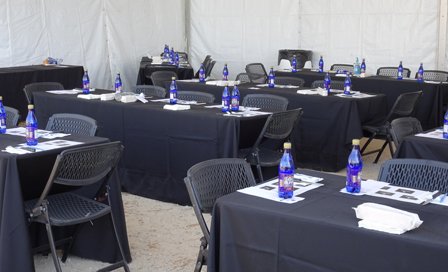 The judging arena is ready to go.

Judges’ tables were supplied with scorecards, pens, cutlery, napkins, and placemats. Crackers and water were available to cleanse our palates between tastings. 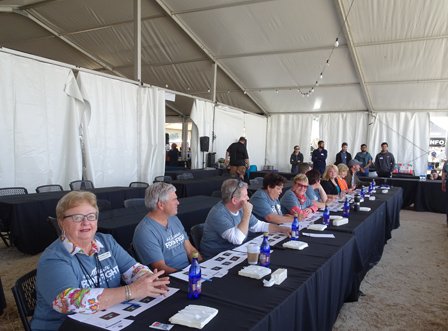 The food prep is happening on the other side of the curtain. 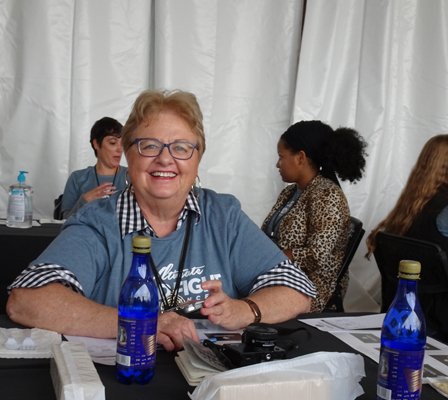 As the clock ticked down the final minutes of preparation time in the kitchens, we took our seats in the judging arena. We could hear the spectators cheering and clapping for their favorite teams. 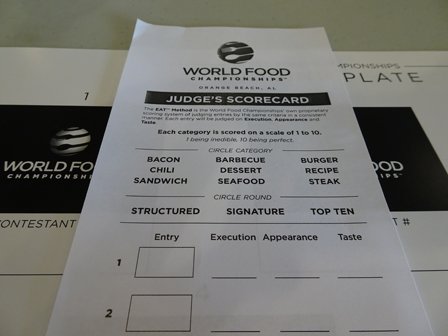 For Execution and Appearance, we rated each dish from 1 (low) to 10 (high) with 5 at the mid-point.  For Taste, 1 meant the dish was inedible, 5 depicted average, and a 10 designated perfection. In this competition, food is the star. 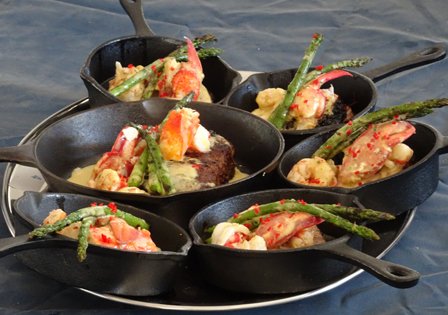 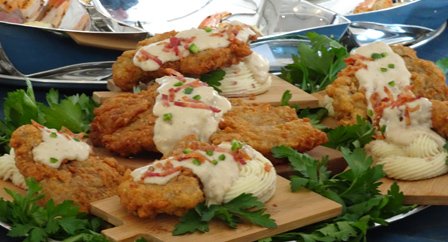 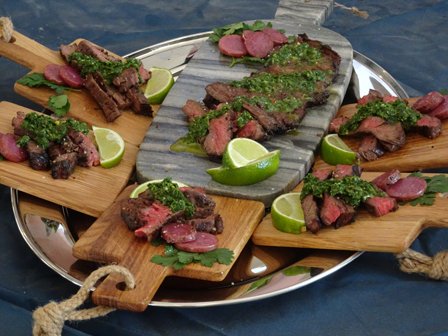 On their turn-in trays, competitors provided a primary dish that was to be judged for Appearance as well as sample dishes for the individual judges to taste. 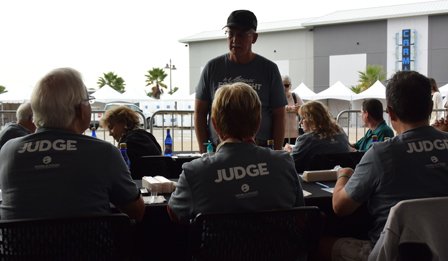 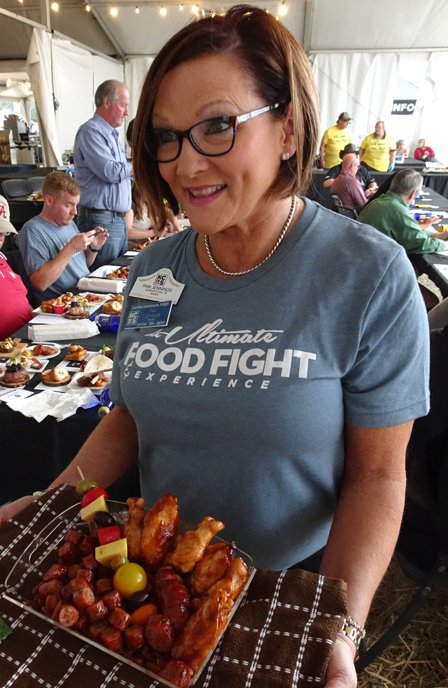 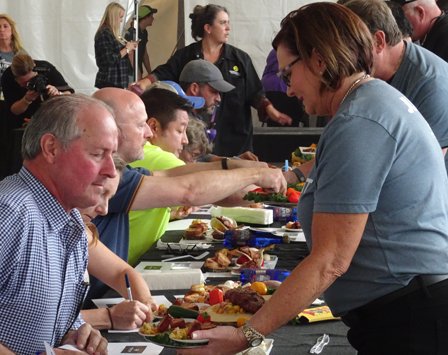 Each table was assigned a captain who presented the primary dish to each judge for careful examination, provided the title and a description of the food, distributed the sample plates to each judge, answered any questions, and collected scorecards. 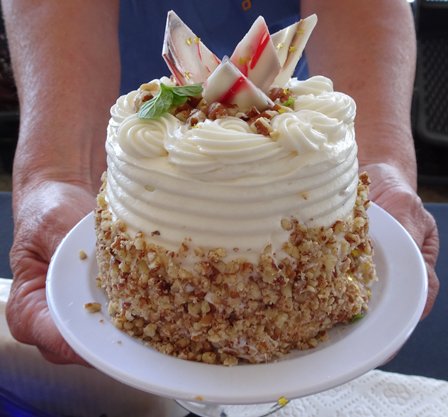 Our first category to judge was dessert.

Conversation at our table stopped upon the arrival of the first primary dish. There was to be no discussion of the entries until the scorecards were completed and submitted. Not talking was not an easy task for those of us who “ooh” and “ah” over food at every opportunity. 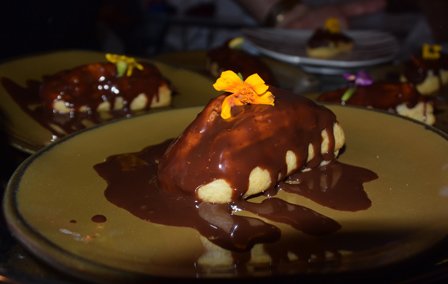 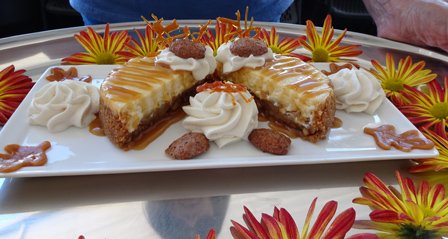 When all of us at the table had viewed the primary dish, we recorded our marks for Appearance taking into account eye-appeal, the use of color and texture, the presentation of components and the level of enticement. 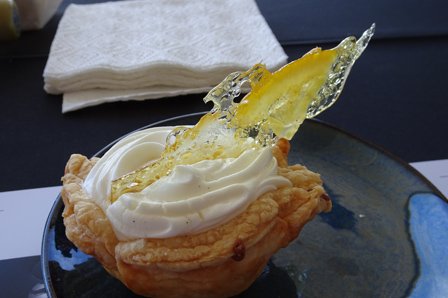 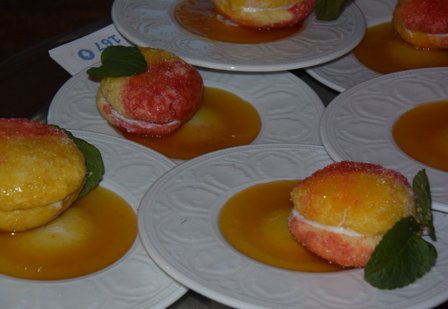 Our captain removed the primary dish and brought each of us a sample. In no time at all, a second primary dish was presented and the second sample arrived. And then another, and another. In order to prevent any mix-up, we placed the sample dishes in order on the designated squares of our placemats and recorded the number of the dish on the square. 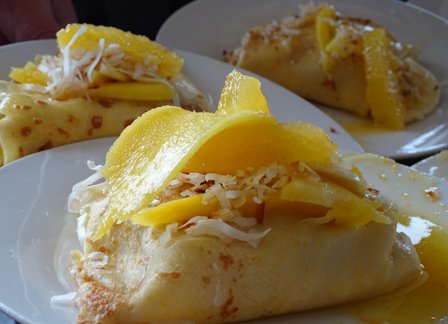 To judge for Execution, we looked to see whether the food reflected the dish’s title, whether the dish contained all the ingredients described in the title. 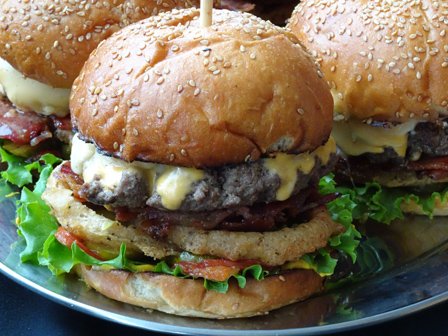 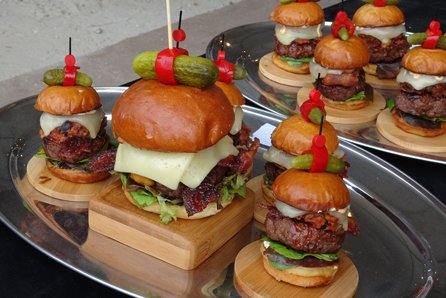 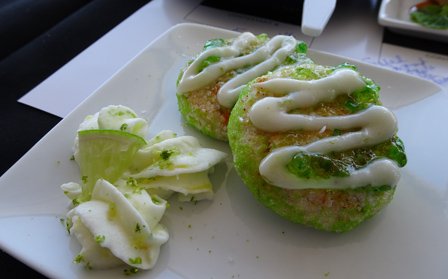 We tasted each sample before recording our marks for Execution because we needed to know whether the dish was edible, whether the flavors and textures complemented one another. Did the competitor include the designated ingredient in the dish? 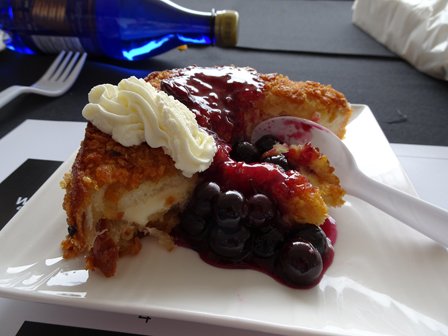 Once we were satisfied with our mark for the Execution of the dish, we sampled again, this time in more depth, for Taste. 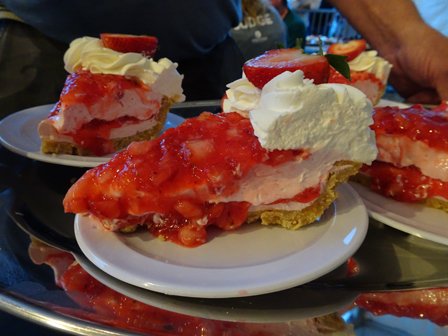 First bites were so important. If that initial taste taken for Execution was so wonderfully mouth-watering that we instantly knew we would never get enough of the creation, the score for Taste had the potential for going high. On the other hand, the score could go the other way if we felt reluctant to take a second bite.

But we did take second and third bites because, even if we did not personally like an ingredient in a dish, we had to taste again.

We had to know whether the ingredients and flavors chosen by the cook worked well together. Whether or not the overall flavor was spectacular. Was there any flavor or was it just a pretty dish? 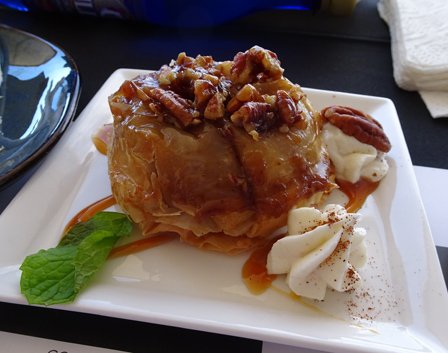 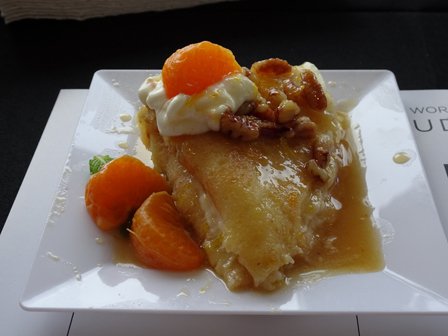 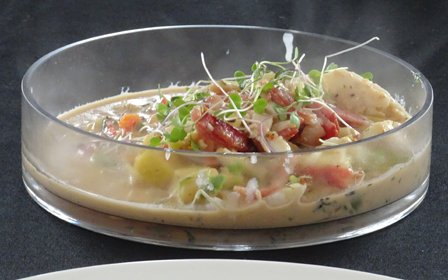 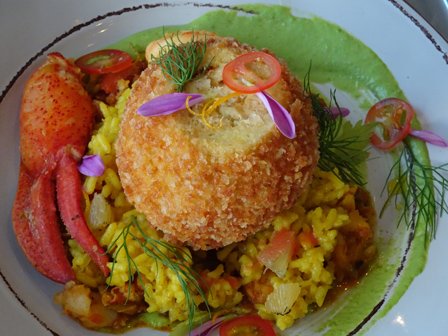 No matter which category we were judging, it was very important to set aside our personal flavor preferences because the largest portion of the score for each dish was based upon the element of Taste. 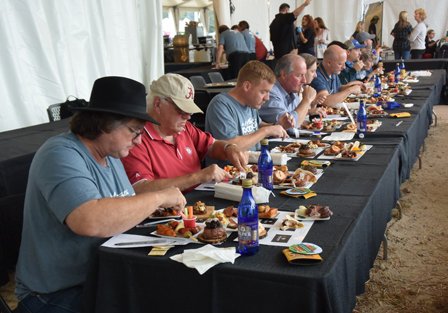 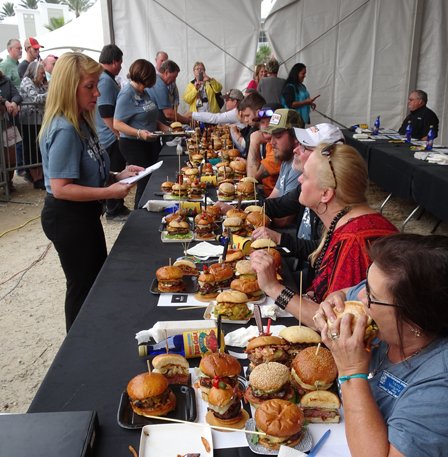 Darie O’Connor and other burger judges.

Using the EAT method of judging, final scores are weighted with Execution at 35%, Appearance 15% and Taste 50%.

When the scorecards were collected, we eagerly went back to our sample dishes, in particular the one that we just could not get enough of, the one that received a 10-10-10. 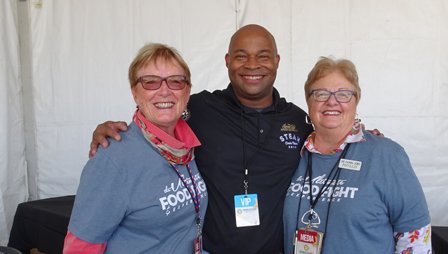