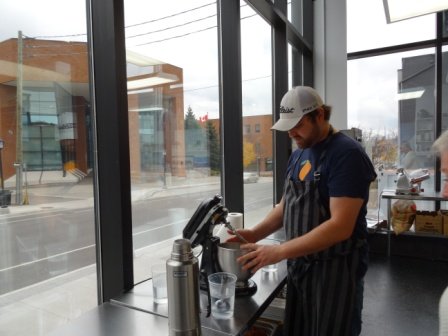 A restaurant that encourages creativity and experimentation in the kitchen will attract customers with a passion for the out-of-the-ordinary. Liquid nitrogen, a new age technique in restaurant kitchens, can lead to all sorts of exciting creations. At Gilt, in downtown Kitchener, Ontario, we watched as our Nitro Ice Cream was made to order, almost instantly.

Golden-brown caramelized sugar and cream were placed in a mixing bowl. Notice the huge kitchen windows and natural light. Chefs can watch customers coming and going outside on the street as well as in the restaurant. 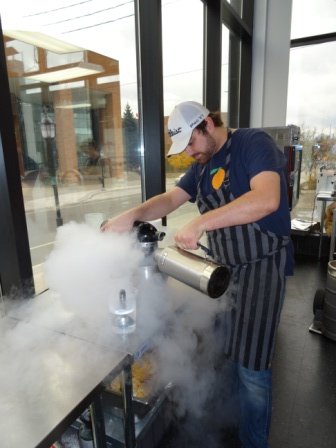 Liquid nitrogen is added to the bowl. Any errant drops turn into bouncing silver beads on the kitchen floor. 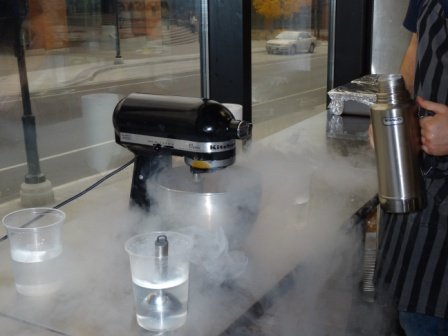 The blades swirl, the gas dissipates. 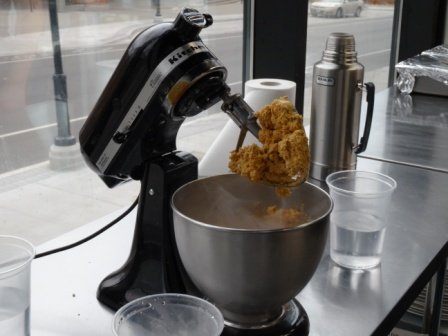 In less time than it takes to beat an egg, the caramel ice cream appears. 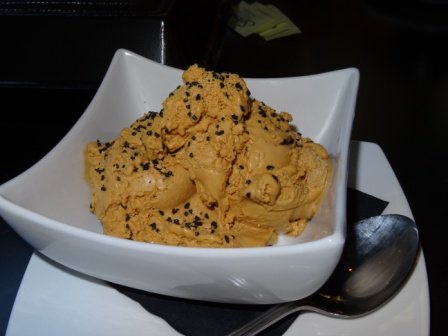