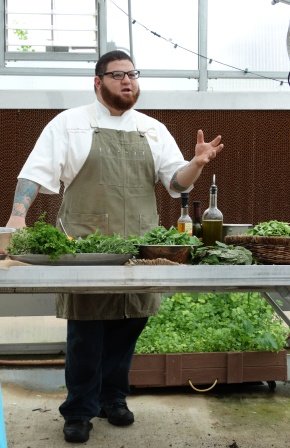 In a greenhouse, in downtown Montgomery, Alabama, we lunched on rustic salad served over warm flatbread. The experience was the epitome of freshness as the scent of fertile soil mingled with the aroma of just-picked herbs and greens. A warm, gentle rain tapped on the roof, trickled down the walls to form pools near our feet.

Chef Leo of Central restaurant explained that he is not classically trained. “Cooking is what I do. It is still a trade that can be learned on the job.” www.central129coosa.com

As he warmed the flatbread over a griddle, he talked about rustic cooking. “Rustic does not describe a lack of skill but rather the method of cooking which is simplistic, but not without thought.” 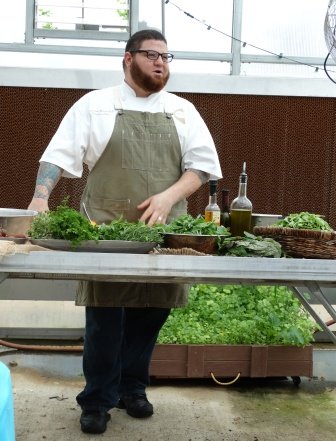 Chef Leo tore leaves of extra-peppery flavored arugula into a large stainless steel bowl. In went chard for its bitterness, sorrel for a touch of lemon, then mint to cool the flavors down. He tasted each green just as a painter dabs a paintbrush onto his palette to test the colors. 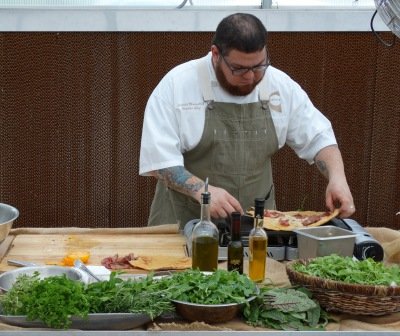 Leo placed shaved Parmesan cheese on the flatbread then layered capicolla, an Italian dry cured thinly-sliced cold cut, much like prosciutto, over the cheese. 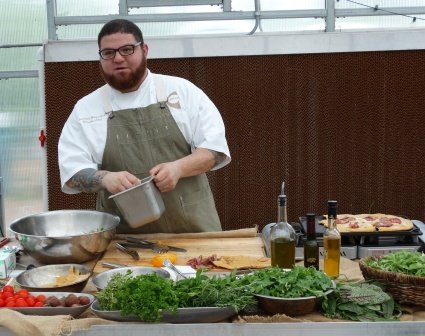 He added fresh herbs to the large bowl. Rosemary. Oregano. Parsley. Parsley stems were included for their more intense flavor. 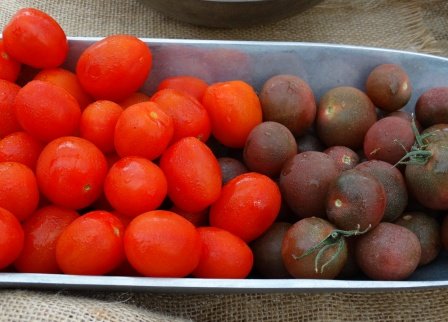 Hydroponic and heirloom tomatoes joined the mixture. Leo tasted each type, explaining that some were bitter, some bittersweet. 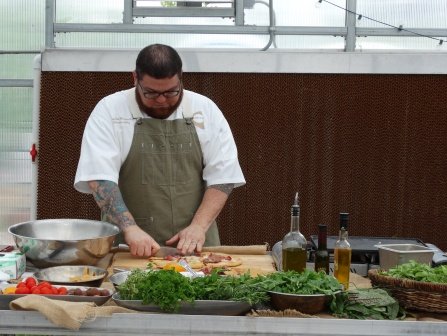 “Cane syrup is awesome when it is fresh, so why not use it,” Leo said as he combined molasses, fresh cane syrup, and truffle-infused olive oil to make a vinaigrette. 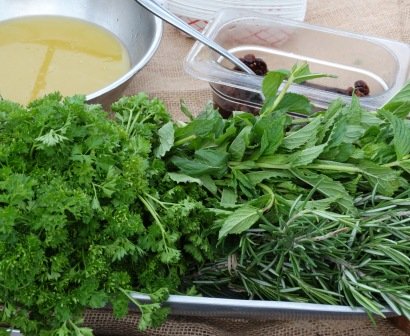 Leo tossed his greens with the vinaigrette and placed them over the Parmesan cheese and capicolla on the flatbread. At the last minute, he dressed the salad by sprinkling raisins overtop. 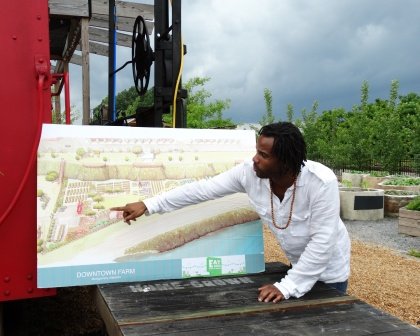 Mark Bowen is the Education and Community Outreach Coordinator for Eat South, a 45-acre farm in the middle of the city. 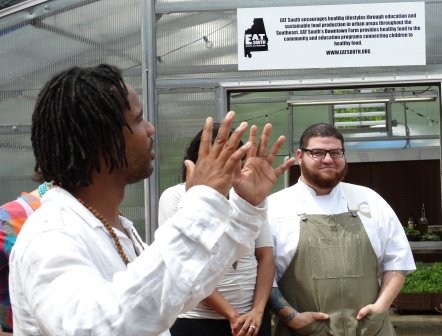 The farm provides healthy food to the community as well as educational programs to connect children to healthy eating. 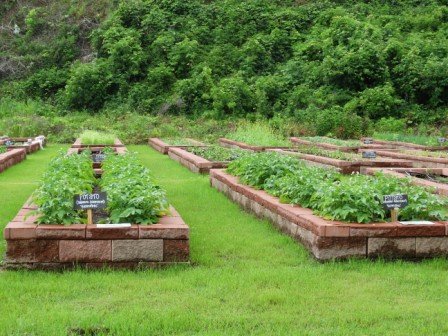 Produce is sold to restaurants like Central as well as the public, for financial support. School programs teach kids to grow the food, cook it, recycle, and compost. www.EatSouth.org 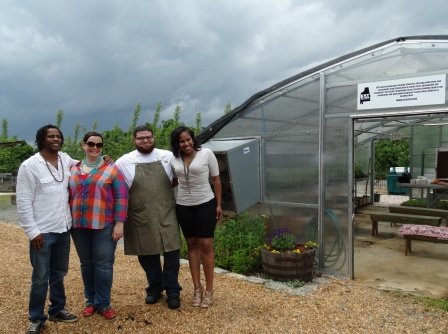 Chefs like Leonardo Maurelli and Eat South are a natural fit that is succeeding because forward thinking city officials and entrepreneurs are supportive. www.montgomerychamber.com