Barbecue restaurants in North Alabama range from the traditional, with wood-fired barbecue pit onsite, to 21st century stainless steel kitchens, with product arriving vacuum packed from a central commissary. Traditional restaurants offer sit-and-linger service. Fast food operations expedite traditional southern recipes so that no one needs to go without good barbecue just because they are in a hurry.

As we stepped in the door of Big Bob Gibson Bar-B-Que in Decatur, Alabama, we were hit with a smoky, semi-sweet aroma wafting from their wood-fired pit in the back of the kitchen. The restaurant’s menu dedicates almost an entire page to awards won for lip-smacking sauces and down-home cooking. Big Bob Gibson was the originator of white sauce, the signature tangy, peppery barbecue sauce of North Alabama. Several bottles of prize-winning red and white sauces line the dining tables. www.bigbobgibson.com 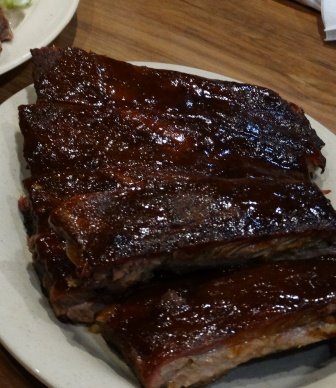 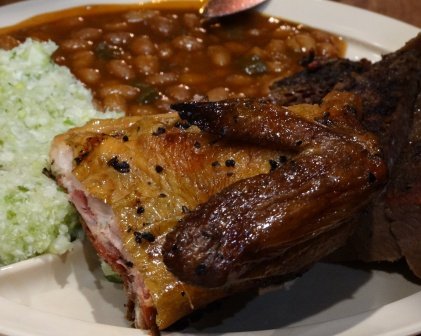 This year, Big Bob Gibson Bar-B-Que won the Memphis in May Grand Champion title for the fourth time, competing against over 250 teams in the World Championship Barbecue Cooking Contest. Chris Lilly, the executive chef at BBGBBQ describes the Memphis in May event as the “Super Bowl of Swine.” www.memphisinmay.org/worldchampionshipbbqcontest 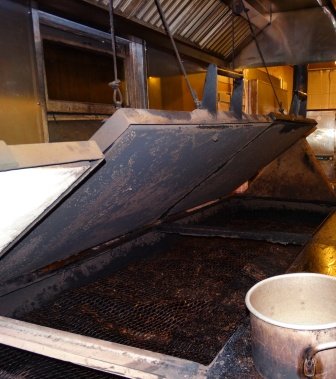 Big Bob Gibson’s old style pits can fit 72 whole chickens, 18 shoulders, and 12 briskets. Cooked over smoking hickory and red-hot coals, over 400 chickens are served on Mother’s Day. Whole pieces of crispy, bronzed chicken are lifted from the barbecue pit, dipped in the famous white sauce, plated, and delivered to customers. 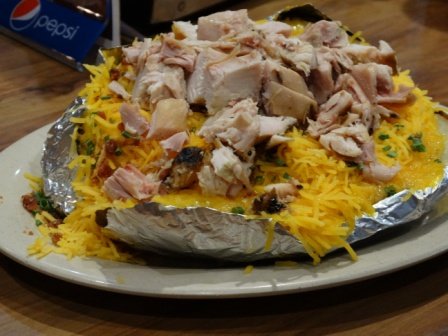 Big Bob Gibson and his family have been serving up Bar-B-Q potatoes since 1925. Huge fluffy baked potatoes are topped with chopped chicken, turkey, pork, or beef brisket and slathered with butter, sour cream, chives, and bacon bits. 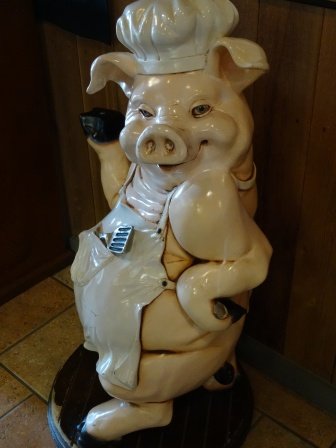 “Everyone does barbecue basically the same. The unique flavor depends upon the love you put into it,” Jim Kelley, co-owner of Lawler’s Barbecue in Athens, Alabama, told us. 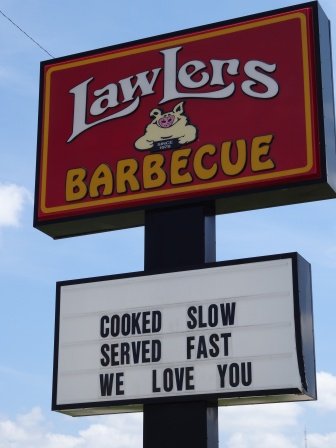 Lawler’s Barbecue recently won the Best Sauce in North Alabama contest and was runner-up in the Best Barbecue category. www.lawlersbarbecue.com

Customers don’t see or smell smoke coming out of the kitchen at Lawler’s but they do get the same old-time slow cooked family barbecue, with fast service and a flavor that Jim says, “has a twang to it.” 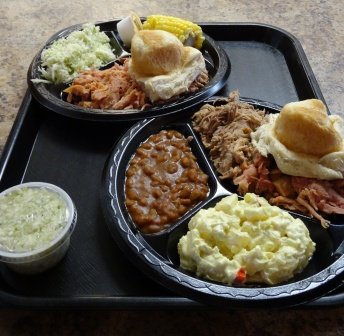 At Lawler’s, hand-pulled pork, ham, and turkey and racks of ribs are served with rolls and two sides on disposable plates. Cobs of fresh corn, bbq beans, and a vinegar based coleslaw make the meat even tastier, if that’s possible. Not to mention the red and white sauces that we tried on everything. The tangy white sauce also makes a refreshing salad dressing.

Beyond the flavors of food and sauces, Lawler’s place emphasis on customer service based upon Christian principles. The last line on their menu reads, “Come back to see us…We love you…Really.”

Barbecue enthusiasts appreciate North Alabama for its unique barbecue flavors and original sauces. The available choice in service style, from Big Bob Gibson’s traditional restaurant to Lawler’s fast food operation, means no one has to go without. And that’s a good thing.