The March of the Peabody Ducks

The Peabody Hotel in Memphis, Tennessee, represents luxury, history, culture, and southern hospitality. As we stepped inside to marbled pillars and the subdued sounds of hotel quests, a security guard greeted us and directed us to our destination – The March of the Peabody Ducks. 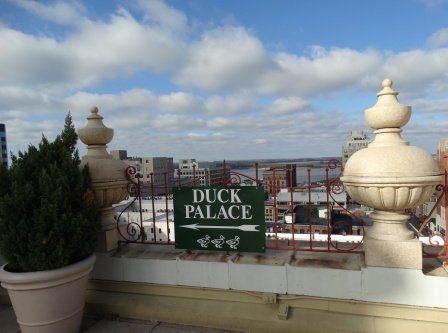 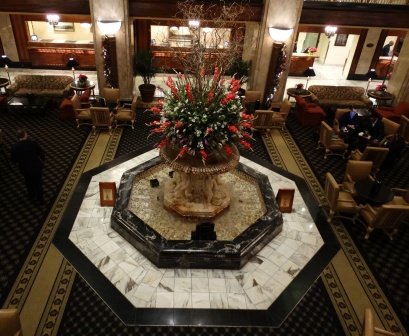 Every day at precisely the same time, the Peabody ducks leave their palace on the hotel roof, waddle into the elevator, descend to the main floor, and parade along a red carpet to the grand fountain of the South’s grand hotel under the tutelage of the hotel’s Duck Master. The fountain, cut from an immense piece of travertine marble, was shipped from Italy for the hotel’s opening in 1925. 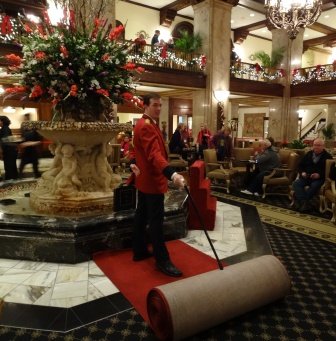 Prior to the parade, Anthony Petrina, the current Duck Master, draws an imaginative line in the air from the fountain to the elevator door using his duck-headed walking stick. He rolls out the red carpet along that line. 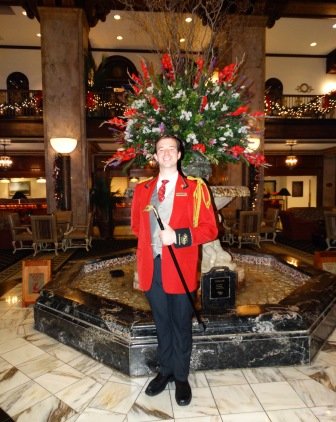 With the carpet in perfect position, Anthony steps up, throwing his voice like a circus announcer to the crowd that has gathered. “Ladieeees and Gentlemen.” Today, as well as attentive hotel guests there are over a hundred visitors on a bus tour. And us.

Anthony explains to the crowd how the March of the Peabody Ducks began in the 1930s. The general manager of the hotel at the time was a duck hunter. It was legal in Arkansas to use live duck decoys. The manager and his friends were out duck hunting and at the same time enjoying an abundance of Jack Daniels. When it came time to return to the hotel, the manager forgot to leave his precious decoys behind so he put them in the hotel fountain for the night. In the morning, expecting chaos, he walked in to see the ducks paddling contentedly, entertaining hotel guests.

The first Duck Master, bellman Edward Pembroke, who was a circus animal trainer in a previous life, trained the ducks to parade to the fountain under great pomp and circumstance at eleven o’clock as guests were checking out. The tradition continues 80 years later. 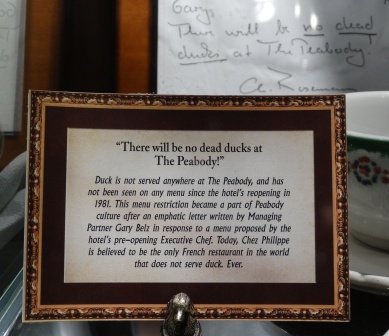 After explaining emphatically that “There is no duck served on any menu in the hotel” Anthony checks his watch, walks the red carpet to the elevator, and pushes the button for the rooftop.

At precisely 11:00 a.m., the elevator doors open. Da Sousa’s King Cotton March fills the air as Anthony steps out of the elevator to hold the door for his charges. 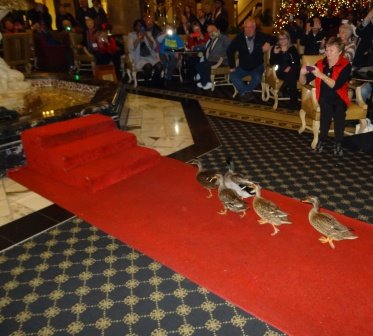 En route to the fountain, the ducks follow at Anthony’s feet, pausing, at his direction, to pose for photographs. 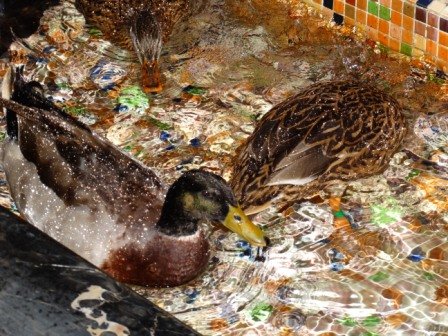 The ducks are North American mallards. They are brought to the hotel wild. They do not become pets. After three months of marching to the fountain, they return to the wild. Anthony tells us that each new team of ducks, on its first day of performance, naturally waddles to the water. There is no dress rehearsal. Just Anthony’s gentle guidance.

The Peabody Hotel Duck Master has provided another perfect performance. On time, without incident. Well done.