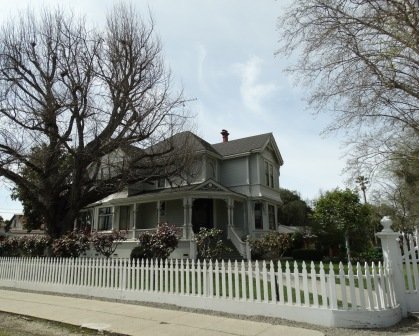 Some residents in San Benito County, California, have lived there all their lives. Some who were born there left for a while but eventually returned to their roots. New homeowners choose San Benito County because the area offers them the lifestyle they were seeking.

There are two towns in San Benito County, Hollister, and San Juan Bautista. 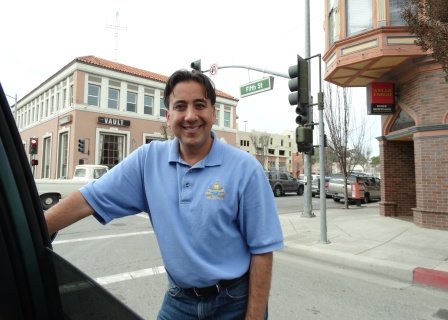 Hollister has all the amenities of a modern city. 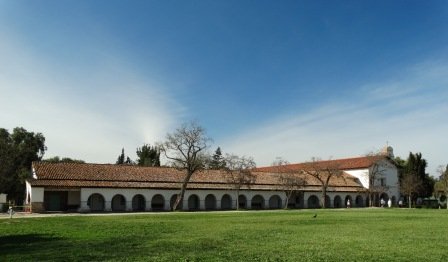 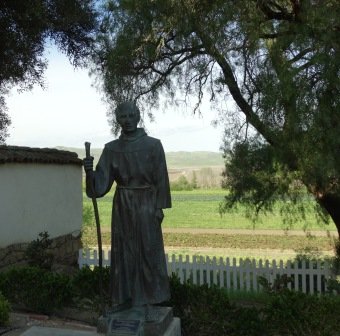 Looking over the row crops from Mission San Juan Bautista 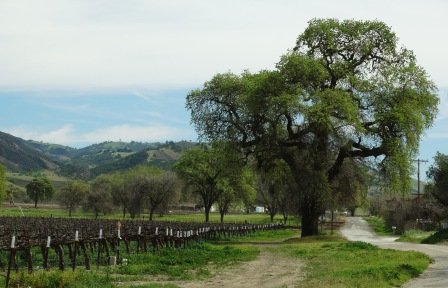 San Benito County business owners sustain, promote, and share their uniquely urban and rural, historic and modern lifestyle. Every business has a story. 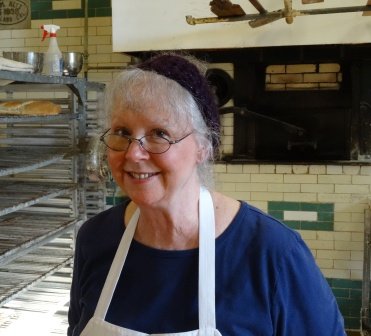 In San Juan Bautista, just a stroll away from the mission, Dianne Hampton and her son Jesse run the San Juan Bakery. In the afternoons, Dianne fires up her 1938 brick oven with a blow torch to build the proper temperatures for baking early the following morning. Like snowflakes, every handcrafted pastry and bread is unique. The original starter for the sourdough bread dates back to the 1820s. 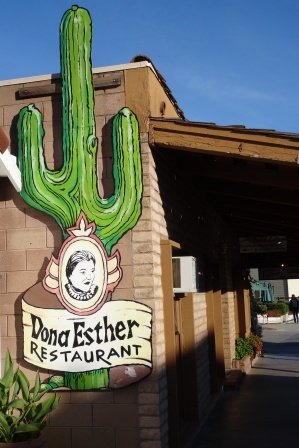 Al Castaneda arrived in San Juan Bautista from Mexico City in 1952. He made a promise to himself that if an opportunity arose, he would open a restaurant in honor of his humble grandmother who raised him. She loved to cook. 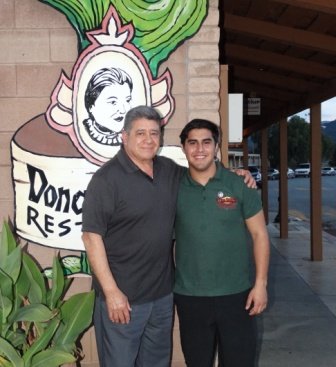 Al Castaneda and his grandson 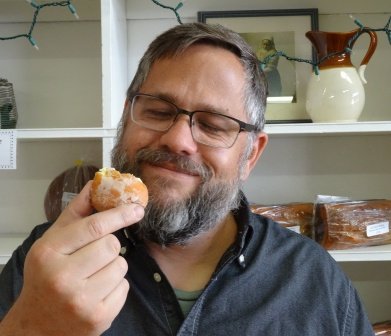 Chris Martorana, a California native, moved to San Juan Bautista and soon after got involved in his community by running for and winning the position of city councilor. When he isn’t working on city planning or Neighborhood Watch and other committees, he stops by the San Juan Bakery to indulge in Bavarian cream filled donut holes. When travel writers arrive, he makes time to show them around his town, producing archive photos of existing buildings that have changed little over the years. 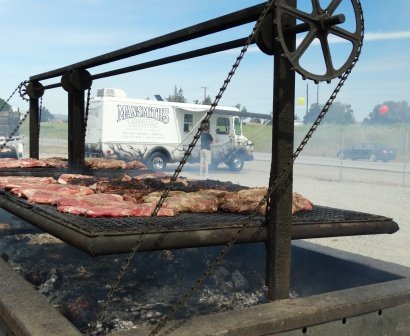 Every Friday, in Hollister, the smoke and aromas wafting from Mike Mansmith’s open grill and food truck remind everyone that it is time for lunch. 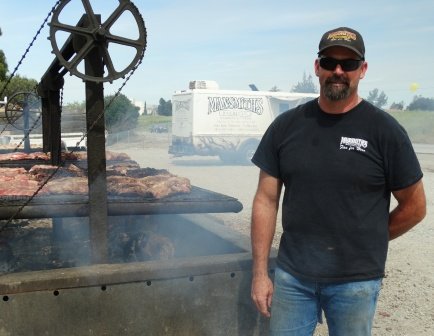 Mike lights his oak logs in the morning, loads his giant grates with beef, ribs, and chicken, and by noon, he is serving up mouth-watering plates with butter-dripping garlic bread. 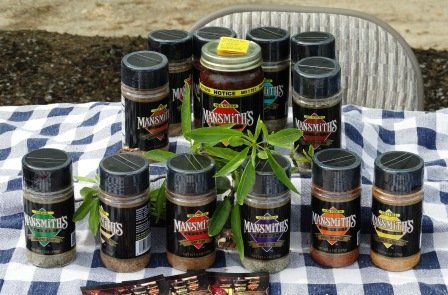 Mike’s non-secret is his seasoning – award winning natural sauces and spices created locally by his parents.

Over 100 years ago, Italian immigrants planted orchards in the Pacheco Valley. Thirty years later Clara Zanger encouraged her young sons to expand their operation. They were running a small fruit stand. 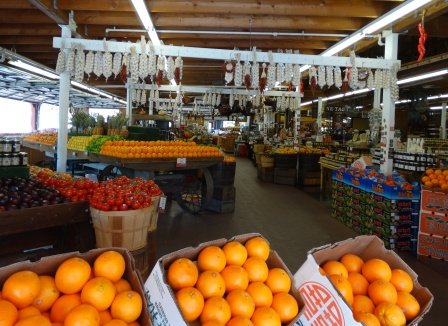 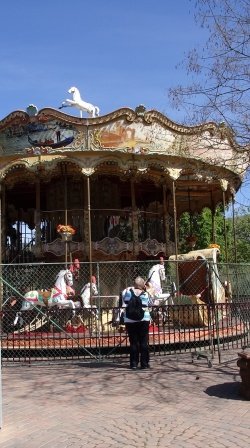 Casa de Fruta is the place to go for fruit and vegetables, fruit wines, candy, or a meal, all within a family-oriented Disney-type experience. 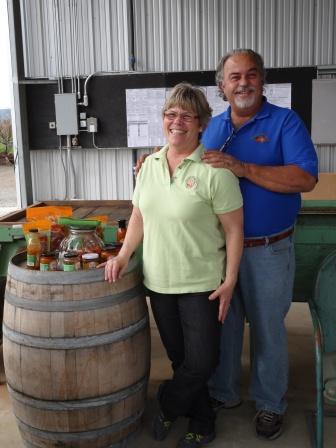 At B & R Farms, Mari and Jim Rossi and their son Brian are the third and fourth generations of family to work hard to prevent the precious Blenheim apricot from disappearing. A bite into either a fresh, or dried, Blenheim is refreshing, intense, and at the same time comfortably sweet. 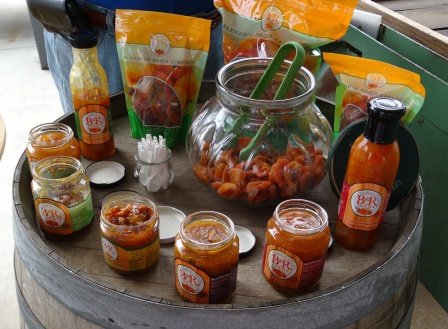 From the moment of being a blossom on a tree to being harvested, sorted, dried, and packaged for the home table, the fruit is fragile. Mid-summer, with the farm working at peak levels, young members of the fifth generation of the family put on their aprons and join in. 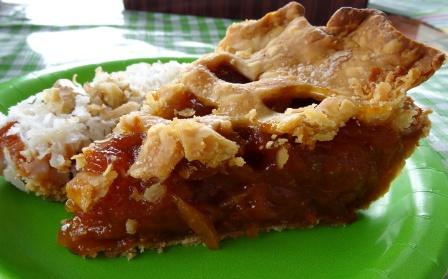 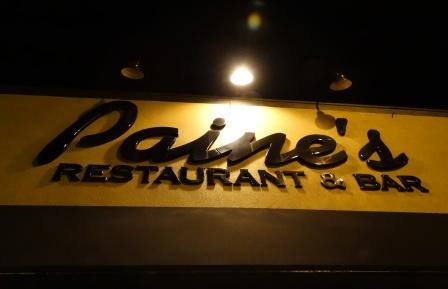 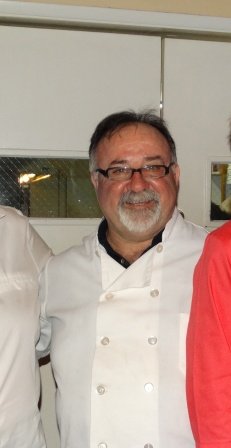 John Kouretas, the owner of Paine’s restaurant in Hollister, immigrated from Greece when he was in his teens. He has worked at every capacity in the food service industry since then, from dishwasher to chef. John was the first to bring lightly breaded, so-tender-it-can-be-cut with-a-fork calamari to Hollister menus. It is impossible for him to slip from the kitchen into the dining room without being noticed. His guests always want to say hello. 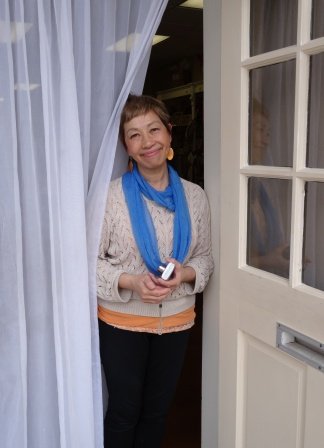 Kathina at San Benito Bene collaborates with local artisans. The products on her shelves tell the San Benito County story. Organic salves for hard working hands. Mansmith spices. Flavored oils, natural raw honey, and hand crafted wood products created by a local rancher when he isn’t out in the fields. 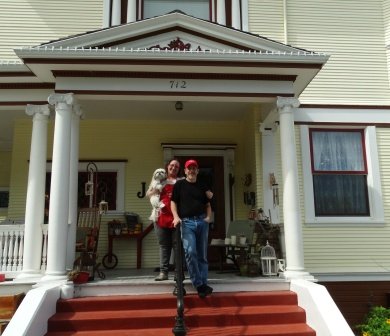 Because Tricia and Greg Harvey always enjoyed bed and breakfast accommodations when they traveled, they decided to own one. 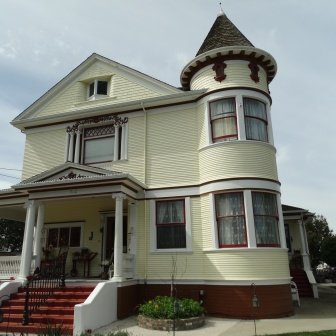 The Joshua Inn, a Victorian home

At The Joshua Inn in Hollister, Greg and Tricia combine southern hospitality with good breakfast experiences and Victorian ambiance. 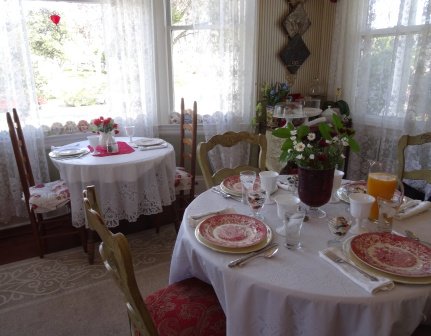 Freshly squeezed orange juice for breakfast at The Joshua Inn

Oranges grow in the backyard for morning juice. The dinner bell often performs double duty as a wine bell. 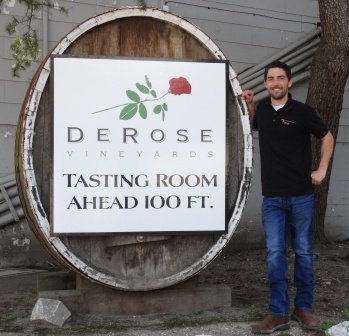 Mike Fisher is a chef who provides personalized chef services and custom catering. His personal style is to utilize, and at the same time impress people with, San Benito County bounty. He seasons salads and vegetables with fresh herbs picked from a garden outside his kitchen. Grapewood and oak from nearby vineyards and ranches bring flavors to his grill. 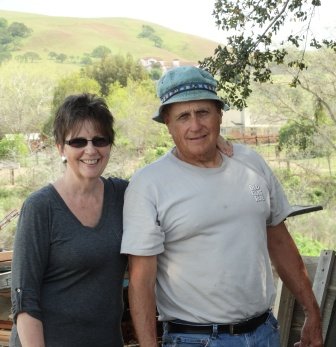 Suncoast Organic Farm is more than a solar, organic, sustainable farm with fruit trees, acres of vegetables, and a citrus garden. Gary and Marianne Miller and family also operate a bakery where organic grains are ground into flour for over 20 varieties of artisan bread. 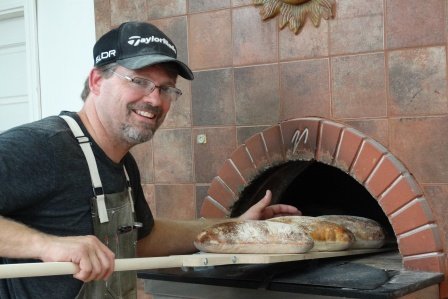 Breads, pastries, and granola are lovingly baked in a wood-fired oven. Friends, family, and customers drop by to drink coffee and visit while their bread order browns in the fire. 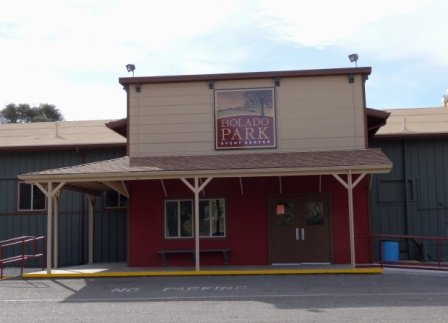 South of Hollister, Donnette Carter is the fair manager and CEO of the Bolado Park Event Center, a multi-faceted facility surrounded by country charm and old oak trees. 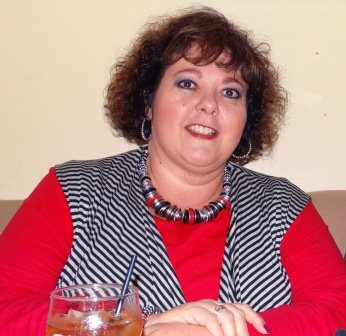 Recently arrived, Donnette is the creative energy behind upcoming renovations. If she isn’t behind her desk she is out on her golf cart working with neighbors, volunteers, and professionals to get the job done. 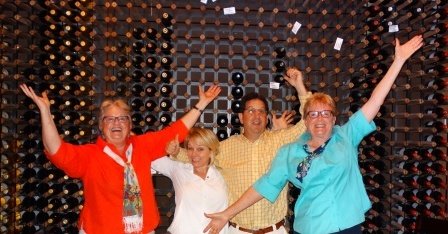 Mike and Mary Howard are the proprietors of The Inn Tres Pinos. There is a well-deserved sense of pride in the word proprietor. Mike left San Benito County to study hotel and restaurant administration in Las Vegas and Switzerland, work in hotel chains in Hawaii and California. Finally, his dream of owning his own restaurant came to fruition in Tres Pinos.

The Inn Tres Pinos offers upscale continental cuisine in a rustic building that was once a stagecoach stop and brothel. A sign over the bar, 711 Morgan, is the address in Hollister where Mike grew up.

Juli Vieira with The Cooking Ladies

Juli Vieira is recognized wherever she goes. Her family has been ranching near Hollister for generations. It was very natural that she recently became President and CEO of the San Benito County Chamber of Commerce.

Juli knows that if someone in her community requires help with anything – from fundraising to plain old rolling up sleeves and pitching in –  all she has to do is make a few phone calls. San Benito County business owners are there for her.