Windsor-Detroit Funnel…”How Are You Going To Wet Your Whistle When The Whole World’s Dry.” 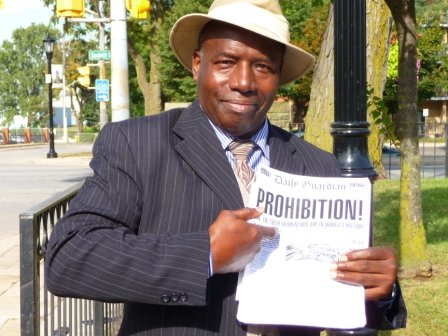 Benny da Weasel clamored aboard our tour bus shouting, “Want whiskey? I’ll show you where you can get some.” Once he knew we weren’t going to turn him in to the authorities he relaxed and sang “I’ll sell my shoes for a bottle of booze, nobody knows how dry I am.”

The Rum Runners Tour in Windsor is a traveling play depicting real people who walked the streets and worked the whiskey in Windsor during Prohibition. Alcohol couldn’t be sold in Ontario but you could drink it, keep a personal stash for medicinal purposes, and take a whiskey break at work. 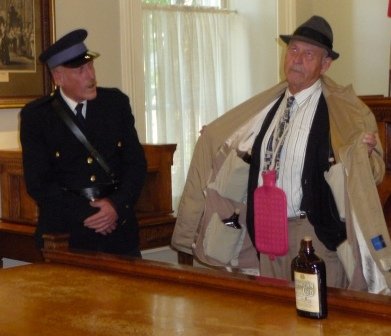 To escape the wrath of the local police and customs officials, bootleggers and rum runners had to be ingenious.  Bottles strapped to bodies, over-sized overcoats with bottle-size pockets, hot water bottles filled with something other than water. Women loaded baby buggies, stuffed their stockings, and dangled bottles from belts between their legs.  In the summer, ferries and speed boats transported liquor to the United States. Rum running boats were always faster and better than government boats. In the winter with the river frozen, traffic was congested with skaters, sleds, and drastically overloaded automobiles. It wasn’t far to go. It is said that a good center fielder might just be able to throw a baseball across the river from Windsor to Detroit. 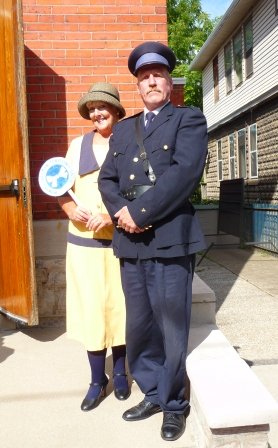 Local police and the Women’s Temperance Movement worked to rid society of the evils of drink. The Temperance ladies felt men should rise to the elevated level of women: no alcohol, no smoking, and no vile language. 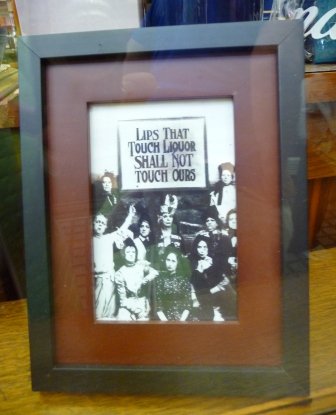 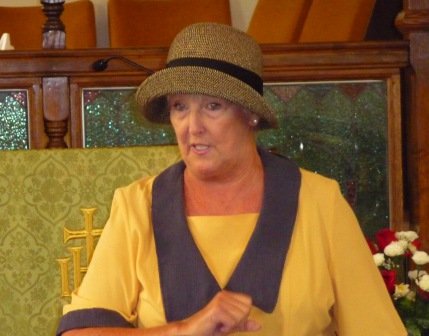 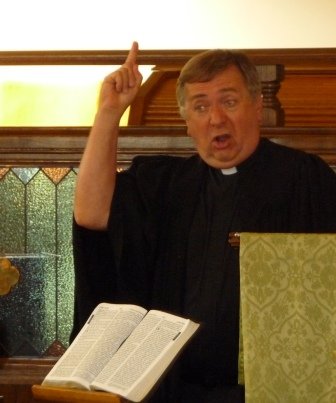 Reverend Leslie Spracklin, aka “The Fighting Parson” toted a pistol on his hip, even in church. His career as a liquor inspector peaked when he shot and killed “Babe” Trumbull, the owner of the Chappell House where whiskey was sold at 50 cents an inch. 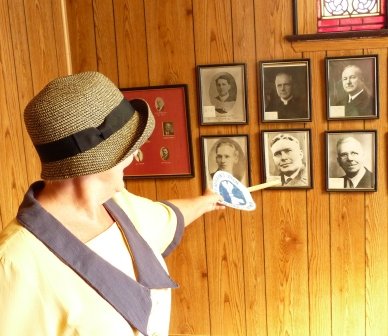 The real Reverend Spracklin can be seen in the Bedford United Church in old Sandwich Town. At the time of the rum runners, it was the Sandwich Methodist Church.

During this period women shortened their hair and their skirts, they danced, put on make-up, and won the right to vote. The Flapper was born. 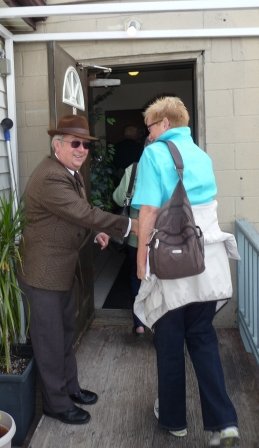 Blaise Diesbourg, aka “King Canada” welcomed us to his back room speakeasy. “Come on in. Good times here, eh?” King Canada collaborated with Al Capone. How could he not, the largest market for illegal alcohol was the United States.

Bertha Thomas served movie stars and gangsters in one of the original roadhouses in Windsor. 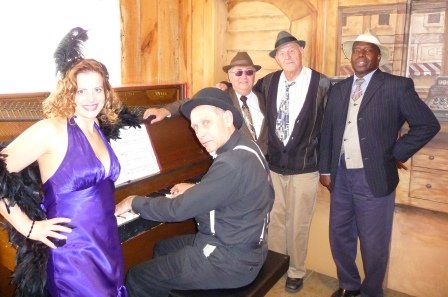 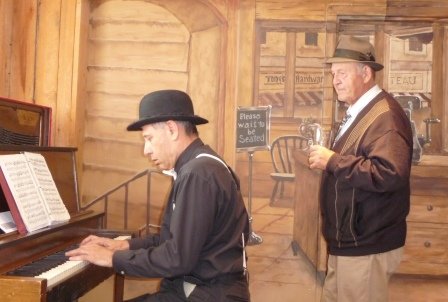 “Fingers” on the piano. Yorkie, the newspaper vendor, always with a drink. The Detroit River was described as “a diamond studded bracelet, each glittering jewel another roadhouse”. 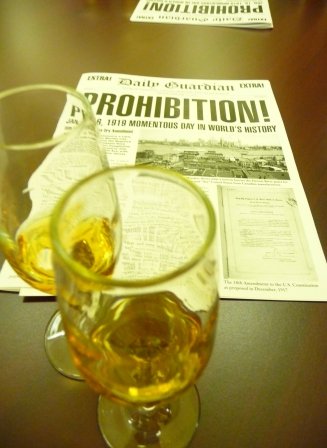 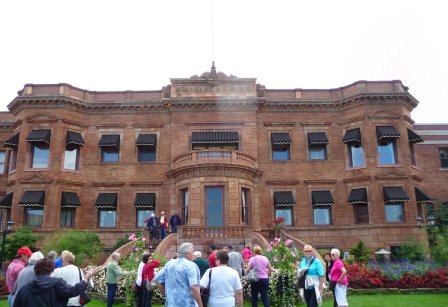 The building tells the story of Hiram Walker and his family empire. 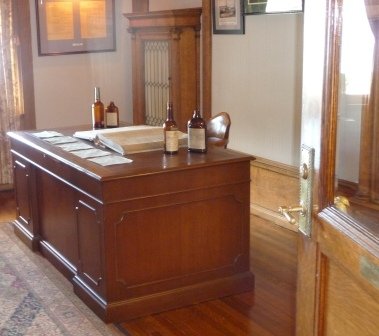 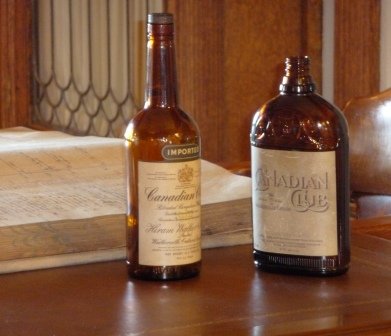 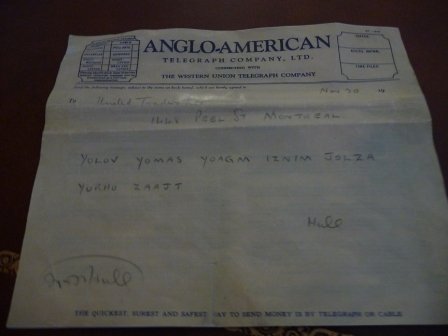 Coded telegrams passed between supplier and purchaser describing what to transport, where to , and how payment was to be made. 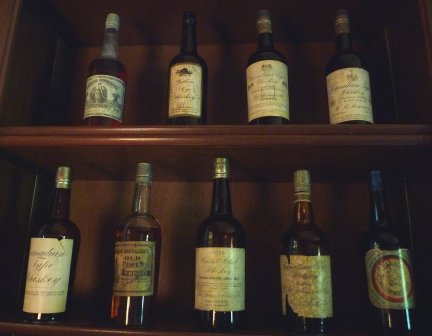 ” Knock offs” are nothing new. Competitors attempted to move in on the Hiram Walker market by labeling their bottles “Canadian-type whiskey”. 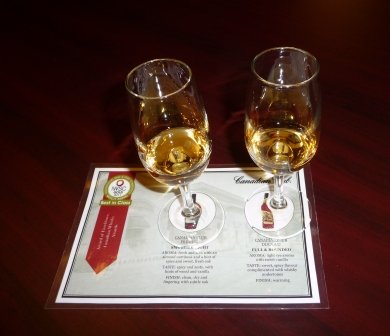 Another speakeasy, in the basement of the Hiram Walker building.  The perfect place for a taste testing of Canadian Club and Club 57. The former oaky and spicy. The latter, sweeter with a slight scent of vanilla. 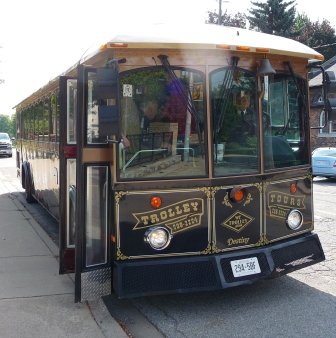 Not only did The Rum Runner Tour transport us around the whiskey side of historical Windsor, the traveling play introduced us to real Windsorites who lived in a wild, crazy, energetic time.

For tour information go to www.rumrunnerstour.com